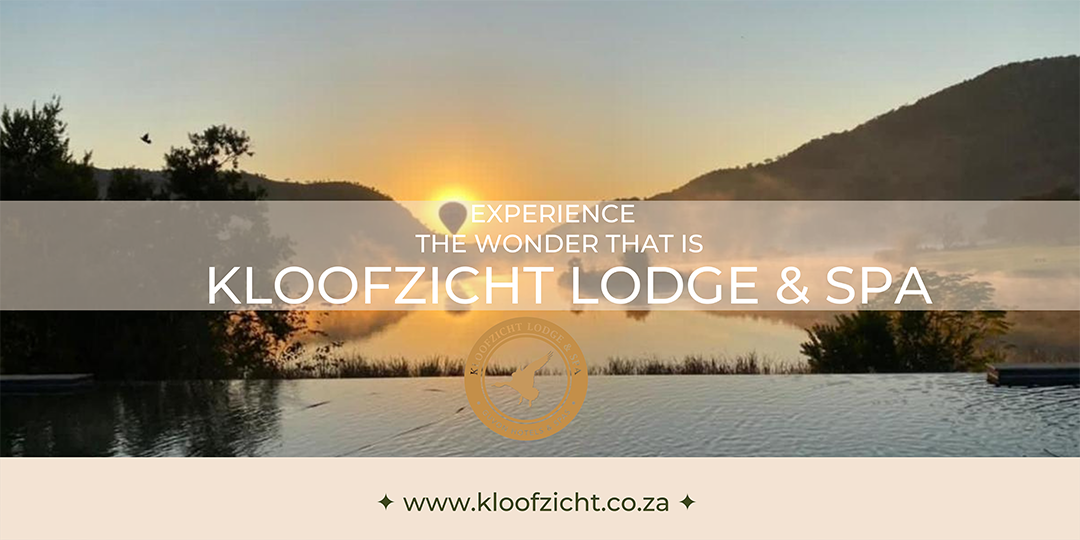 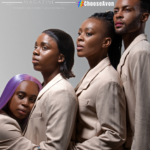 So much has been written about Dr Bev. Their role as an activist, their work as a filmmaker and their unapologetic feminism. But speaking with Dr Bev in person, the first word that comes to mind is ‘extraordinary’.

While it may sound cliche, when Dr Beverley Ditsie begins speaking, their voice conveys the wisdom from over 30 years of trailblazing work.

In fact, their work spans such important times in the history of South Africa, not only fighting for the recognition of the LGBTIQ+ rights, the work their popularly known for, but also for their work in dismantling deep-seated patriarchy, a cancer they believe is holding society back.

But how does one become this vast powerhouse of knowledge, with enough to share with any and all who seek their advice?

From a young age, in apartheid Soweto, Johannesburg where they were born, with teachings of Ubuntu being imparted to them, their grandmother being the essence of humanity and being able to learn, engage and have an understanding of how things work.

From others’ eyes, the house was tiny and as most of us call them the matchbox houses however it was everything to Dr Bev.

“It was a vibrant home,” says Dr Bev, as they had visitors who spoke different languages and Dr Bev’s grandfather would bring books from around the world.

The experience of growing up in such an environment was both wonderful yet unhealthy. Unhealthy because as a people we sometimes need space to ourselves and some of us could not have that because of the type of family structures we had.

Dr Bev reflects on how they were inspired by their grandparents who taught them to read and be anything and everything they wanted to learn. Being interactive and being encouraged to ask questions is what made Dr Bev who they are today and this is a blessing they speak of over and over again.

We have lost the spirit of Ubuntu

ou can hear from Dr Bev’s voice how passionate they are when talking about their upbringing and teachings especially those of Ubuntu and taking care of one another. Their grandma’s teaching was recently highlighted to Dr Bev again when their international friend came to visit South Africa and she was so gobsmacked at how helpful, warm and giving South Africans are.

We have lost the spirit of Ubuntu because of colonisation. Dr Bev believes that we are now in an era where two guys cannot even show affection because they will automatically be  deemed as gay. The lack of Ubuntu is so deep that we sometimes do not even know where we (as black South Africans) don’t know where the coloniser ends and we begin.

“Homophobia is un-African!” says Dr Bev who then continues to say that we have always revered the feminine until the colonizer arrived with the patriarchy and said the feminine is weak, inconsequential and therefore must be suppressed, tamed and controlled.

“There was a time where boys and men would hold and show affection to one another, whether they were cisgender heterosexual or not because of the fear of being named gay and that is the void of Ubuntu.” Dr Bev.

Dr Bev’s coming out was more based on them coming to understand why they were not like others.

Dr Bev states that, in their later years ,they do not see a need to come out. When they were younger they needed to. Dr Bev’s coming out was more based on them coming to understand why they were not like others.

“I needed to understand why everybody else around me was liking boys but I wasn’t” Dr Bev says at times they would feel insulted when people would say “o shebile bashemane” (you looking at boys).

Dr Bev gushes when they say “I loved the company of girls, I loved holding hands with girls”

Dr Bev relays a time when boys would come to them to profess their love to Dr Bev, this would offend Dr Bev to a point where they would want to punch them.

This was all because Dr Bev needed to understand why they were the person they are and doing the things they are doing.

“because I am gay” Dr Bev

Dr Bev started to understand themself better when they came across the word gay from the singer Boy George. That word came to Dr Bev at the right time, exactly when they needed it and saved them.

That moment gave Dr Bev an answer  to the question, they would frequently get asked, which was “why are you different?”. The fact that Dr Bev could easily say, “because I am gay”, brought a sigh of relief. This revelation did however bring another question to Dr. Bev, which was “why are people offended by this word”.

This gave birth to an entirely new journey as Dr Bev was eager to understand why what is it about people like me that rubs people the wrong way and the need to hide it”.

This ignited a fire in Dr Bev to not only get an understanding of society and why the mindset of individuals in society can be so close off towards a group of people that wish to live their lives freely and without judgment.

A New York Protest that gave birth to Pride

Dr. Bev again displays their early childhood teachings and rich history by explaining how pride came about.  Dr Bev reminds us of a time when selling of alcohol was prohibited in New York, (the prohibition era).

This is the time when police would raid these bars and beat up people, they found in these bars. The MAFIAs still found ways to sell alcohol illegally. They would be a lot of sexual assault when these raids took place, as the gay community was already illegal so they were deemed inhuman.

One day Marsha P Johnson and a few others decided enough is enough! An entire bar full of queer folk got into the streets and fought back while they were being arrested and beaten up.

In this fight back, more queer people joined the fight and started marching down the street. That was the stonewall riot, the history of Pride. A protest that ended in celebration.

The inspiration for Pride Johannesburg came from understanding the roots but for a much different reason.

The late Simon Nkoli had a lot of history in that era and had an understanding of what was happening within the other parts of the world. He had been to a few pride march events in Canada.

So with him sharing what was happening in South Africa’s becoming a democratic country and attaining freedom, Dr Bev says we also wanted our freedom. “We wanted to normalize this thing that had been hidden for so long,” Says Dr Bev.

We asked Dr Bev if they had a message to the younger generation of the LGBTQIA+ community and they quickly chime in with “I don’t have advice, I don’t have advice because I am also still trying to figure my life out.”

Dr Bev also states how at some time they were in a very lonely place because they did not know anyone like her. Dr Bev said that they were always surrounded by either gay guys or white lesbians, surrounded by everyone that looked like them.

At times the young ones are failing in the same things we failed at and that is because we are not having the most required conversations. Some of these conversations need to include how we hurt each other within the community.

As a member of the LGBTQIA+ community, I have never understood the reason behind the Pride Parade, the pride march. I have found every reason on earth to dislike. What Dr Bev did for me with this chat is to make me understand that people ran for me to walk in this community.

People fought for me to enjoy the “freedom” we have today as a community. I learned a lot about taking care of my fellow LGBTQIA+ members. That the spirit of Ubuntu teaches us to be one and do unto others what would make you feel love and wanted.

After this conversation, I yearn for a time where we would sit with the ones that ran before us, ones that laid down the groundwork for the same marriages to be legal in this country. I yearn for the day when we celebrate the likes of Dr Bev and their contributions to the LGBTQIA+ community within Africa as a whole.

I pray for a day where Dr Bev is given a platform you share their experiences and speak to the young generation as what we wrote in this article is a drop in the ocean compared to the conversation we had.

When you bump into Dr Bev, kindly give them a hug, give them their flowers! 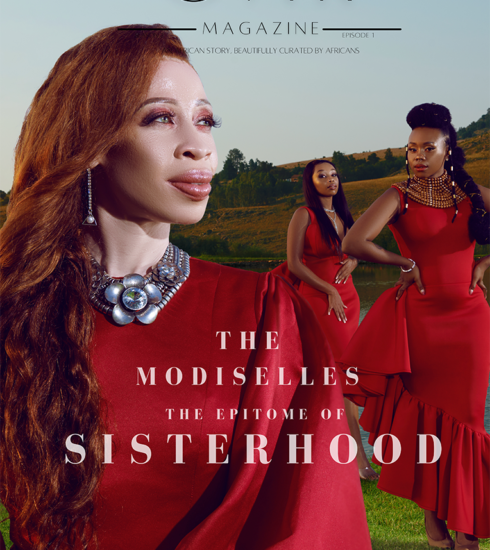 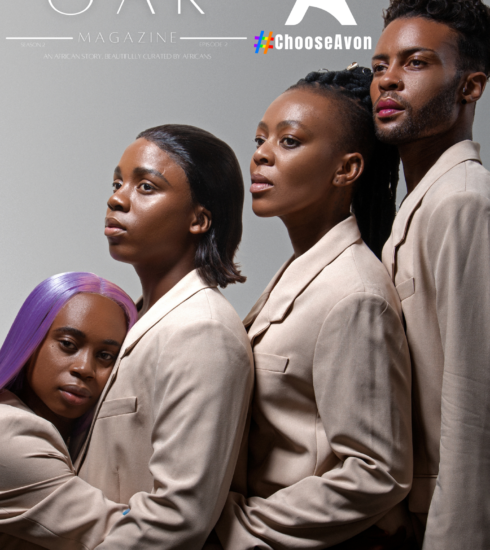 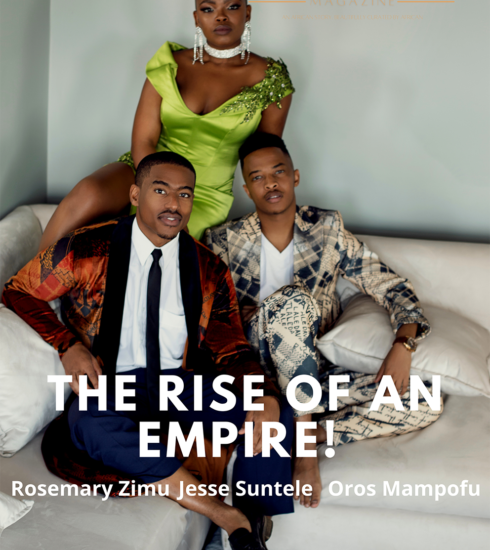